The Western Region Drug and Alcohol Task Force was set up in 2003 as part of the Government’s efforts to address drug issues in Ireland. We are part of a national network of 24 Regional and Local Task Forces across the country that are funded by the Department of Health, through the Health Service Executive (HSE). Under the National Drugs Strategy, 2017-2025, Task Forces “play a key role incoordinating interagency action at local-level and supporting evidence-based approaches to problem substance use, including alcohol andillegal drugs”.

The WRDATF covers the “Western Region” which encompasses counties Galway, Mayo and Roscommon. In 2016, the population of the Regionwas 453,413, broken down as follows: 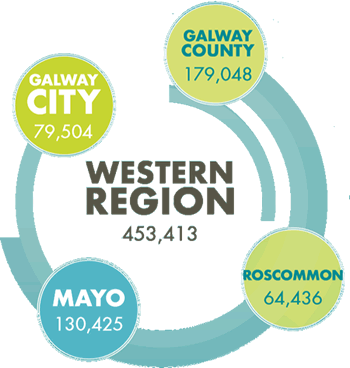